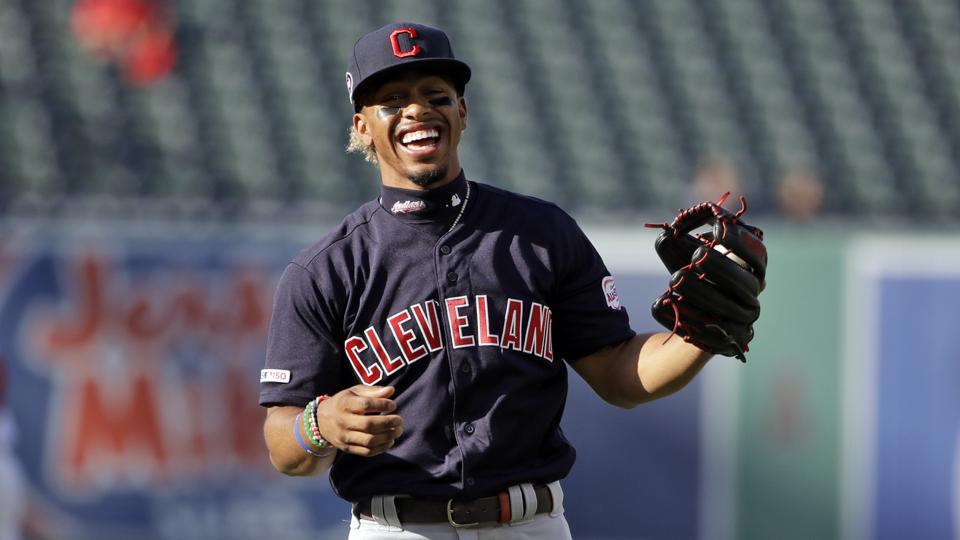 Two of the biggest news stories in Northeast Ohio this week are: Trump wins Ohio and the Cleveland Indians are shopping star shortstop Franscico Lindor. If you don’t think these two are related, let this Ohio native explain.

Politically, Ohio has enjoyed its role as an all-important swing state in presidential elections. It awarded its electoral votes to George W Bush in 2000 and 2004; to Obama in 2008 and 2012 and to Trump in 2016. Win Ohio, win the presidency. Well, until this year….. maybe.

Similar to other Midwest states like Michigan, Pennsylvania or Wisconsin, Ohio has urban Democratic city strongholds in Cleveland, Cincinnati, Columbus, Toledo and Akron while much of the rest of the state votes Republican. In 2016, Trump won 80 of the 88 Ohio counties – most of which are rural. The counties that often determine if the state goes blue or red are Stark, Mahoning, Trumbull, Lake and Lorain counties. All counties in my home region of Northeast Ohio. All counties with middle class and working class families – many of which were union households years ago. All counties epitomize the stereotype of small to medium sized Midwest towns where “the economy” is always the number one issue. If Democrats want to understand how to reach these voters, they better start talking about Larry Dolan.

Dolan bought the Cleveland Indians in 2000 for $323 million through a family trust. His nephew, James Dolan, owns the New York Knicks and New York Rangers. Larry Dolan, at 89 years old, principally owns the team through family money. He retired as a private practice attorney some years ago – now he just owns the team to make profit. That’s what the baseball team in Cleveland is to their owners – a business to make money (money Dolan himself didn’t make, but inherited through his family). But that’s not what baseball in Cleveland means to hundreds of thousands of people in Lorain, Lake, Stark, Mahoning counties.

This week, reports leaked that the Cleveland Indians are looking to trade their best young player, Francisco Lindor. Why trade a great, young baseball player who the fans adore heading into the prime of his career? Because he’ll be a free agent after this season and will be finally looking to get compensated his fair market value. Cleveland doesn’t want to pay him what he’s worth. Dolan doesn’t want to spend any more of his family’s money that he needs to.

When it comes down to it, the business has exploited the system to pay their employees less than what they are worth, putting out an inferior product, all while enriching themselves via the public and benefiting from being part of a legal monopoly. Exploit the workers. Extract from the public good (by not paying fair taxes). Line the pockets of the rich and powerful. Treat their customers like garbage because they can either accept their garbage product or the owners threaten to take it away entirely and move the team to LA or somewhere. This is the business model of one of the most despised men in Ohio. It’s also the business model of the conservative movement and Donald Trump.

My friends who live in Stark County know this. They know Dolan is a crook. (The name of my fantasy baseball league with a few of them used to be “Larry Dolan is worthless.”) They know this business keeps putting out a terrible product because it costs less than putting out a decent product. They wear Lindor jerseys and curse out ownership. Then they go ahead and vote for candidates who support those same practices everywhere else. They support a political ethos that takes from the poor and gives to the rich. It’s unbelievably frustrating.

Social psychology has taught us that it’s much more difficult to change your mind on something if it’s associated with more political questions. People are more willing to change their minds when presented with contradictory evidence on a subject that is nonpolitical. One study, for instance, asked a series of nonpolitical questions (Did Thomas Edison really invent the lightbulb?) and political questions (Should gay marriage be legal in the US?), then presented certain evidence or arguments to the contrary of their beliefs. The researchers were trying to determine what happens to our brains when we are presented with arguments that may change our minds. Is it more likely that people change their minds on political beliefs or on nonpolitical beliefs?

What the researchers found is that people were much more willing to change their beliefs when asked about nonpolitical questions (about Edison or the link between reading early and intelligence or cholesterol is linked to heart disease) than about political questions (like abortion, gay marriage or gun control). Our brains interpret politically charged and nonpolitical data differently. We don’t change our minds easily on matters of politics. They are often central to our political and social identity. It’s not easy to completely throw out a core belief that you know about the world just from something you heard or read. But it is much easier to change the way you see a problem if it’s not politically charged and thus isn’t core to your belief system.

This brings me back to politics, economic principles, identity and baseball. My friends in Ohio understand the economic implications of a Francisco Lindor trade. They understand the fundamental unfairness that the incentives in the business of baseball is to make more money for the rich people by exploiting its workers – it’s not to create a good product or make each team compete with each other on a free and fair marketplace.

The Cleveland Indians payroll in 2020 was $39 million. The champion Los Angeles Dodgers payroll was nearly 3 times that at $108 million. This isn’t a level playing field. The system is set up to make sure the rich and powerful owners along with the rich teams make money and celebrate success. Meanwhile, my fellow Cleveland baseball fans haven’t celebrated a championship since 1948.

Candidates who can tap into this understanding of economic fundamental unfairness are better situated to get support. It’s probably then no coincidence that the only Democrat who can run and win statewide in Ohio in the past decade is a Cleveland Indians fan in Lorain County who speaks about economic fairness as his tentpole issue. Sherrod Brown won re-election in 2018 to the US Senate and my friends in Stark County who hate Larry Dolan still love Sherrod.

There will be thousands of think pieces written in the coming months and years about how Democrats can re-capture the white working class. I don’t know what the answer is honestly. But yelling “fuck Larry Dolan and his rich ass” won’t lose you votes in Ohio, that’s for damn sure.