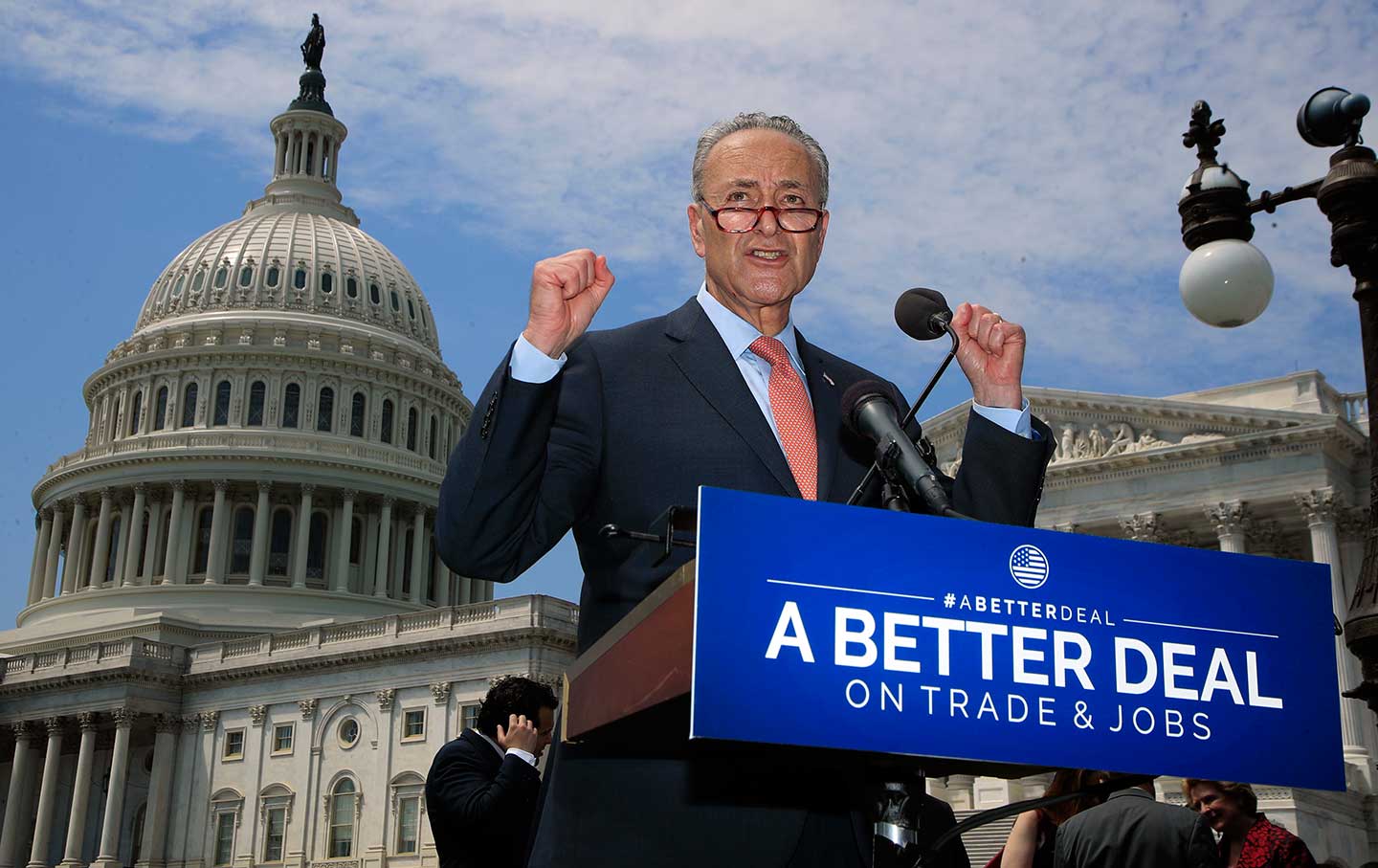 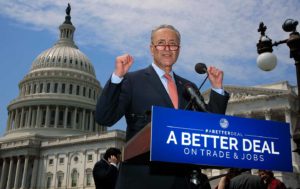 OK, it may not suck, but it may not be the whole picture. Recently, This American Life highlighted this rift within members of the Democratic Party – those pushing a “Better Deal” boilerplate Democratic principles and those pushing for Universal Healthcare and free college tuition thru a more economic reformist agenda. The latest narrative around this rift plays out in a near constant rehash of the 2016 Democratic primary between Hillary and Bernie.

I’m not interested in re-litigating this argument right now. I’m more interested in why we haven’t gotten anywhere. Why does this argument persist with no solution in sight?  Yes, there are issues of organizational power and control (who runs the DNC, the DCCC, the DSCC, the House minority office, the Senate Minority office? – all from the same ‘moderate/pragmatic’ wing).  Yes, there’s a vacuum of Democratic Party leadership with Obama stepping back, Hillary stepping out of the spotlight and a whole wing of the the Democratic Party who refuses to support the Independent Senator from Vermont.

But really, why hasn’t the Democratic Party (the party currently out of power in DC and all across the country) been able to understand it’s shortcomings and remedy them?  The 2016 elections may have seemed surprising, but the Democratic Party got beat handily two years before that in 2014, and in 2010, and 2004, and 2002 and 2000.  Even in the “good” national years of ’06, ’08, ’12, the Democratic Party still lost state legislative seats, lost white working class voters and lost the argument around progressive economic issues.

After every election, those who presided over the defeat offered reasons why. We didn’t raise enough money to amplify our message. Gerrymandering made it impossible for anyone to win. The mood of the country was against the party in power. We didn’t do enough to broaden our base. Young people didn’t turn out to vote. Voter suppression worked in these states to keep our voters home. The top of the ticket didn’t excite enough voters. We didn’t knock on enough doors. Our messaging was weak.  The Russians hacked our elections. People believe fake news. People are sexist. Voters are racist. Too many people are xenophobic. The culture of fear stoked by the GOP scared voters who then decided to cling to their guns and religion……and on and on and on…

Individually, we all have an idea that we know why we do things. We think we understand the causes of our actions.  Our brains have evolved that way. Consider some examples:

Does eating more ice cream lead to more drownings?  Did arresting thousands more New Yorkers for minor offenses lead to less felonies? Will my Cavs win the title now that Alabama won their championship in 2018? 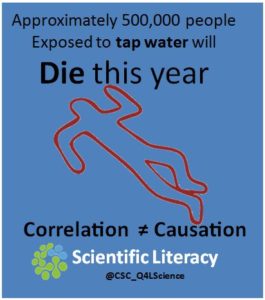 We all suffer from this illusion of cause. We tend to connect chronological events together with a cause and its effect, no matter what evidence does or doesn’t exist to connect these instances. With limited information, we infer one could have caused the other. It doesn’t take too much more information, however, to understand the limits to our inferences. People eat more ice cream and swim more (hence more opportunities for drownings) when its hot outside. NYC crime was already dropping before broken windows came along and many other US cities saw their crime drop during that same period when the city did not pursue ‘broken windows’ policing. Alabama is a great college football program. LeBron is a great basketball player. There are no other connections between the two to allow them to share championship years.

Simply because two factors or correlated, doesn’t mean one caused the other. But that’s not how our brains work. We need to jump to conclusions. We need to understand the world around us. Something happened. It must have an explanation. If we can find it’s one cause, we can solve the problem. In our ancestor’s time, if someone ate raw meat without cooking it, they probably got sick and died. People’s lives depended on understanding the cause and its effect. Those who survived passed on their genes to us. Inferring based on limited information is how they survived and became our ancestors. But we don’t have limited information anymore, so why do we continue to be fooled by the illusion of cause?

As I’ve described earlier, social psychologist Daniel Kahneman divides our way of thinking into two systems: (1) quick inferences that may be prone to error and (2) slow meticulous thinking that requires work we may be too lazy to do.  Bias often lies in the first system. We make quick inferences (based on cause and effect or confirming our own ideas or because we were primed to think a certain way or because we were hungry). Many times those quick decisions are accurate. However, when we make those snap judgments, we aren’t taking into account the whole picture.  We aren’t understanding that hot weather may cause ice cream consumption and swimming.

The illusion of cause also reveals people to be biased towards one cause for an event, not the many varied causes that could have led to that event. We don’t easily understand that electing Donald Trump had a thousand different causes, not just one that Democrats can easily fix. That doesn’t stop people from thinking they understand the underlying effect and tracing it back to one cause. Everyone has a story about why the Democratic Party has lost over 1,000 state legislative seats, control of the US House, US Senate, White House and control of the Supreme Court. I’m sure there are some reading this right now who will want to post ‘the right’ reason below in the comments section. Especially when it comes to politics, everyone thinks they know everything – but actually no one knows anything – and that’s the same thing.

So What’s the cause of the Democratic Party downfall?

The reality is there is no one single cause for the current problems with the Democratic Party or for our democracy as a whole. Those who say there is a single cause, (and I bet you will tell me who you are) are deceiving themselves and falling into the same trap we’ve all been stuck in for years.  You should not be fatalistic and give up hope. Understand the context. Don’t let your quick System 1 inferences always win out over your lazy System 2 analysis.

If you believe in something, fight for it. If you believe a huge problem can be fixed with your one solution, you may be suffering from the illusion of cause.