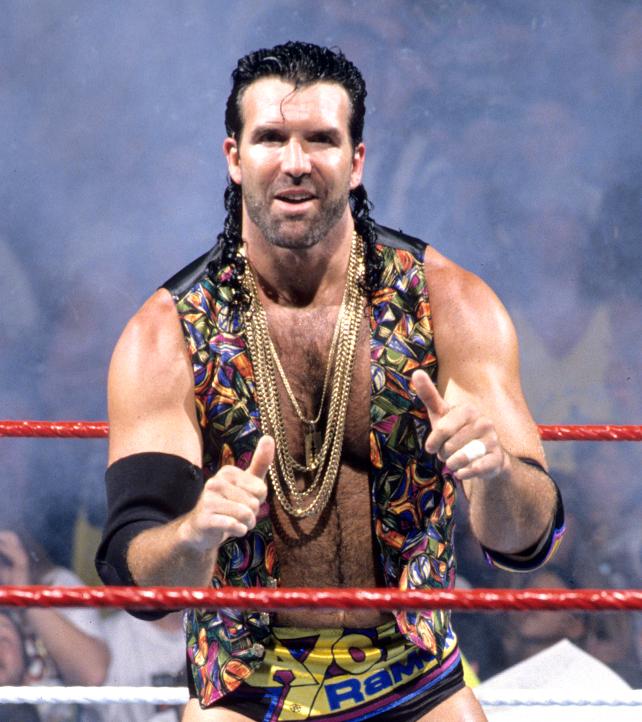 Look at me. I'm Razor Ramon.

My favorite character was Razor Ramon who would brazenly strut around the ring as if he was already the champ. I watched as D’Generation X (aka DX) gave everyone attitude, thrusting their machismo in the Hart Foundation’s faces after kicking their ass.  It all seemed fun to me.  Wrestling story lines often involve good guys (baby faces) standing up for their or their fans’ values fighting the bad guys (heels) who fight dirty and brazenly mock the fans.

Faces, Heels and other body parts 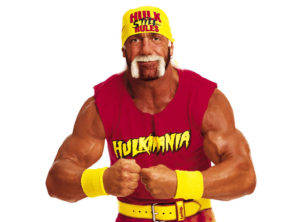 What’s more American, wholesome and morally righteous than that?  This was when kids looked up to morally righteous role models. In the middle of the Cold War, the all-American Hogan would fight the Iron Sheik and American kids would cheer on their conquering hero.  Wrestling storylines come to reflect the fans’ interest. In the 1980s, American wrestling fans cheered on Hulk Hogan, Randy Macho Man Savage and Andre the Giant.  One of the main bad guys (heels) of the day was The Million Dollar Man Ted Dibiase.  He strutted around the ring spouting that he could buy everything and everyone there – that he was richer and better than everyone else.  The fans booed the rich guy.  Even in Reagan’s America, even in “Greed is Good” Wall Street America, even when Reagan blamed ‘welfare queens’ for the deficit, wrestling fans still booed the rich guy.

That doesn’t happen anymore.  Storylines change over time. Stereotypes and characters gain traction with the public.  Then the fans lose interest, ready for the next character to cheer on.  Faces will turn heel.  Heels will turn back to faces.  Hogan turned heel, then back again.  Usually wrestlers have to act in a different way to turn one way or the other (betray a friend, or come to the help of a fan favorite for instance).

Wrestling sells entertainment. It sells stories.  Wrestling stories must toe that line between reality and fantasy.  While the winners and losers of the matches are predetermined, the entertainers must put on a realistic show. Their entertainment value is based on its ability to tell a believable story. The audience must feel (even if just for a moment) that what they are experiencing is real and genuine.  The wrestling term for this is kayfabe.

The wrestling industry has gone to great lengths to protect kayfabe. It has feared that without it, they are just clowns on steroids.  With it, they blur the lines of fake and real. Both in the ring and outside it, wrestlers must portray their reality (soap opera story lines and all) as the reality to the public. For believers in kayfabe, if wrestling fans see too much that doesn’t fit with their reality, belief in that reality vanishes. This happens from time to time when real life gets in the way of wresting story lines, from the Montreal Screwjob to the death of Owen Hart to Jerry Lawler’s heart attack.

From Attitude to Entertainment

When I cheered for Razor Ramon as a teenager, wrestling was in the midst of its “Attitude Era.” This was exemplified by characters like Razor Ramon, Stonecold Steve Austin, The Rock and the group DeGeneration X whose main appeal was an edgy attitude towards other wrestlers, towards the fans and to corporate head Vince McMahon. Steve Austin would chug beers in the ring, give his enemies the middle finger and act like a proxy for the common man.  What common man doesn’t want to say ‘fuck you’ to his boss, chug a beer and walk away? That’s what made Austin so popular – and it’s what drove that era for the WWE.

But fans interests change.  If you constantly tell your boss to go fuck himself, you may be out of a job soon. Then you can’t pay your mortgage. Your wife and kids leave you. It’s a whole mess. Attitude was profitable for a bit. But it became tiresome, so the WWE needed something different. What came next is often dubbed the “Entertainment Era.” John Cena became the biggest star in wrestling in this era as he was seen as an actual good guy (the all time record “wish maker” holder from the Make-A-Wish Foundation), corny in an ironic fashion (he wore jean shorts everywhere) but had an edge to him that kids loved (he came to prominence as a generic rapper in 2002 that culminated in him releasing a rap album that debuted at #15 on the Billboard top 200 in 2005).

While kids love John Cena, their parents were tired of his squeaky clean, wholesome, what-you-see-is-what-you-get appearance. They yearned for more complexity. Fans were tired of the WWE forcing Cena on them. So, fans wanted a hero of their own.

By 2014, Americans could get instant news about everything, all the time. Twitter, Facebook, Instagram, Snapchat all combine to allow us to have instant entertainment on our phones all the time. We are more connected than ever to our celebrities thru these tools. So wrestling had to change along with these times.  WWE launched it’s own television network in 2014, the WWE Network.  Their website gets more than seven million hits per month. Fans can follow their favorite wrestlers on Twitter, getting to know their personal lives as well as their on-stage personas. A new era began. It has been dubbed the “Reality Era.”

Wrestling fans have declared that in the Reality Era: kayfabe is dead and that wrestling characters, matches and story lines are more realistic thereby blurring the lines of whats real and what’s not.  As one article put it:

We can now see storylines developing in real-time… Fans can then join in on the ‘conversation’ by tweeting too, with performers regularly RT’ing or tweeting the fans back. This type of interactivity and accessibility to the superstars makes our whole experience of WWE seem more like reality. The performers who tweet out of character add the other dimension to all of this. We get to know the real person as well as the character.

Fans want to participate in their entertainment. Wrestling isn’t about just putting on a show for fans. It’s about fans engaging with a reality of their own choosing. Fans got behind the Yes! chant of Daniel Bryan – then he became the World Champion. They created their own reality.

Creating a reality of your own making

Trump’s July wrestling tweet here caused a brief media frenzy. Is the President encouraging physical violence against CNN?  What level of hostility towards the media have we entered with this tweet?  How crazy is this?

I suppose those questions are all valid, but I’m more intrigued by Trump’s use of wrestling as the medium. He’s claiming CNN is fake/fraud news. He’s doing that by showing a real Donald Trump slam a person with a photo-shopped CNN logo on their face to the ground in the context of a wrestling match (where the referee is incapacitated). There’s so much to unpack here, so bear with me.

What does it all mean?

I could go on, but my takeaways are clear: